Lena Erdil was born in Izmir, Turkey in 1989. When she was two years old, her family moved to Germany, returning to Çeşme, Turkey with her father for summer holidays, during which time she learned to windsurf.
Throughout her high school years, Lena continued to return to Çeşme and started attending races when she was 15. In 2005, she became the Turkish junior champion and spent the following year camping and windsurfing in Hawaii and Bodrum.
Lena received an athlete grant from Sussex University and in 2009 the universit and studied philosophy and politics. 2008 saw Lena come in fourth place in the PWA World Championship in Çeşme. She won her first race during the Aruba leg of the PWA Championship in 2011, the same year that she joined the Red Bull family.
Lena has since become 3rd and 2nd overall on the PWA slalom Worldtour,  with her ultimate goal to become World Champion sometime in the near future. She is also the fastest women on GPS speed surfing with the highest female 5times 2 second average and narrowly missed the world speed record over 500m by 0.09knots! In 2014 she also won the PWA slalom Indoor Championships.
At the same time Lena runs the Lena Erdil Windsurf Center in Turkey since 2007, hosting events such as the awesome Prince of Island, or the Pro-X-Train training camp for professional athletes to get ready for competition… by competing. 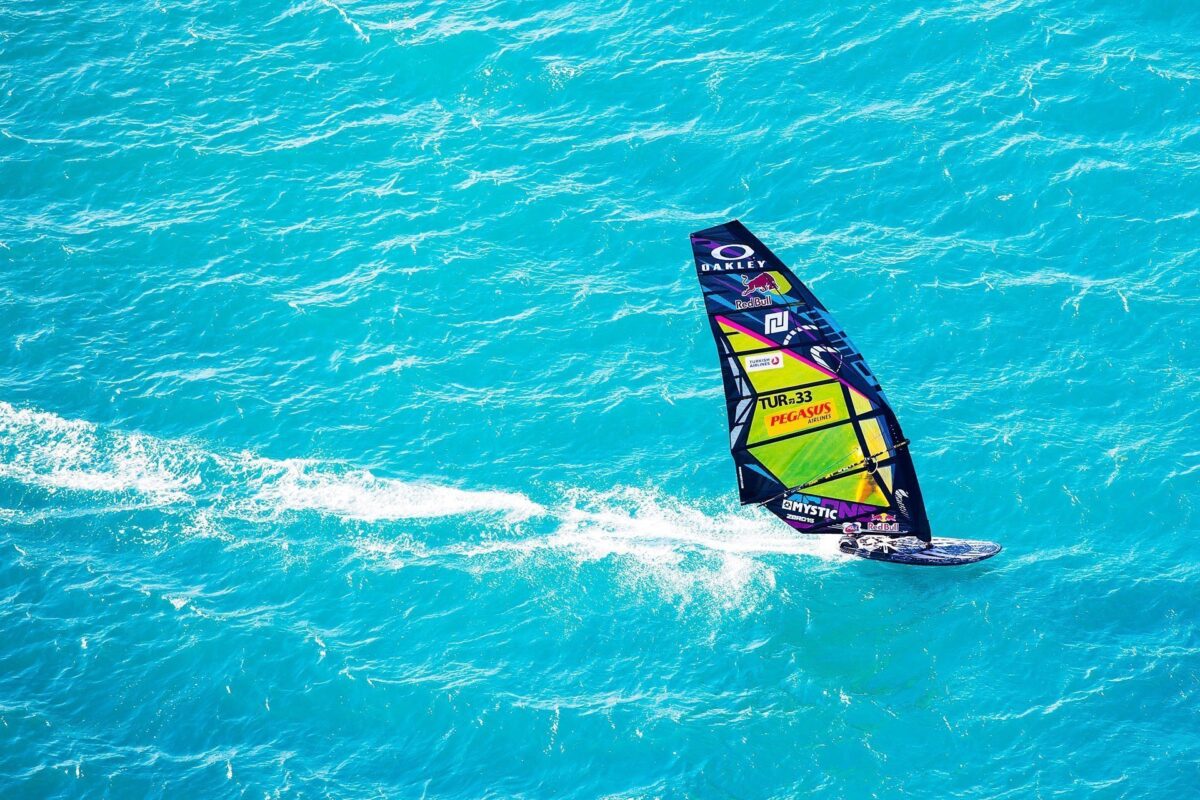 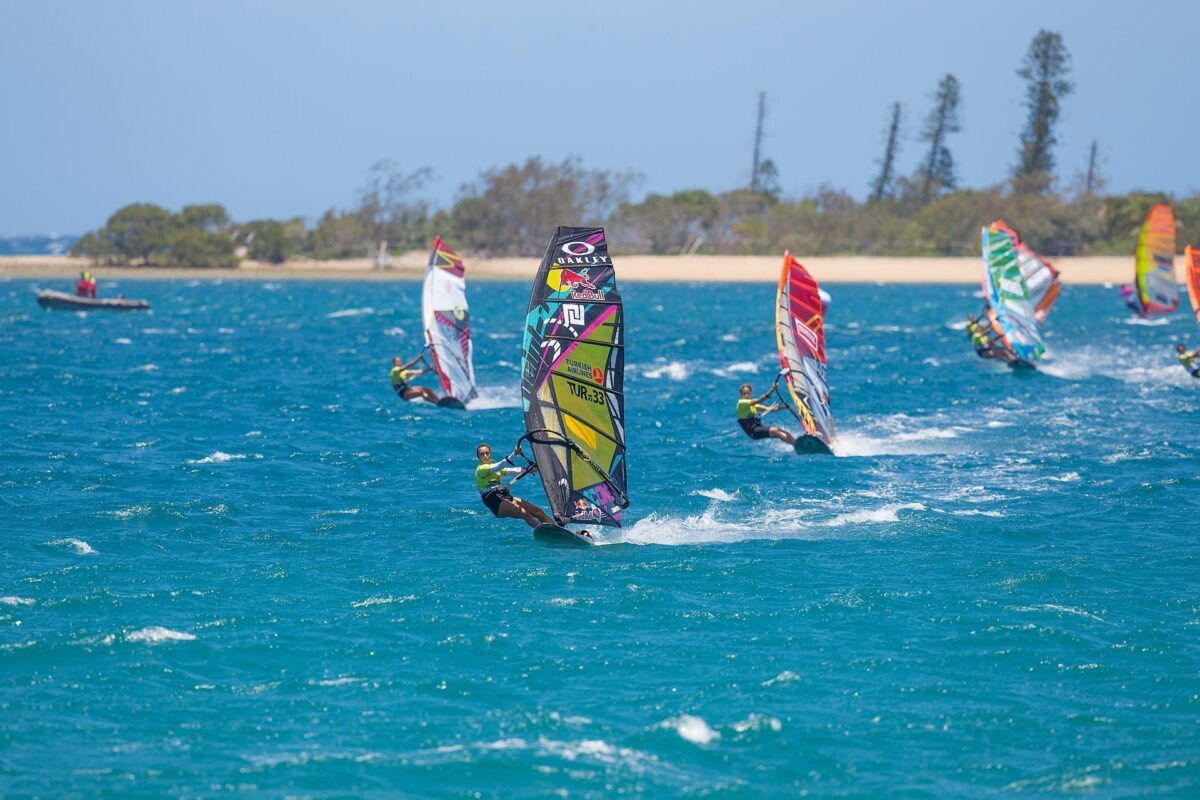 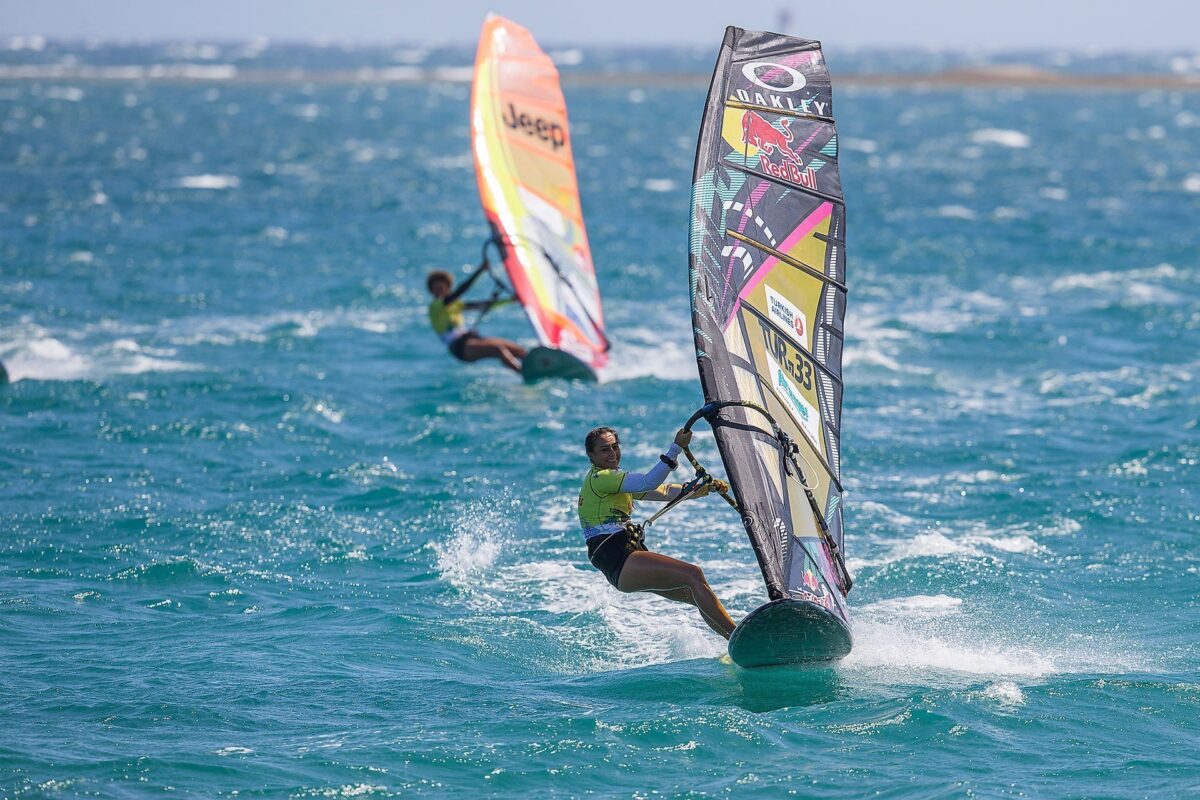 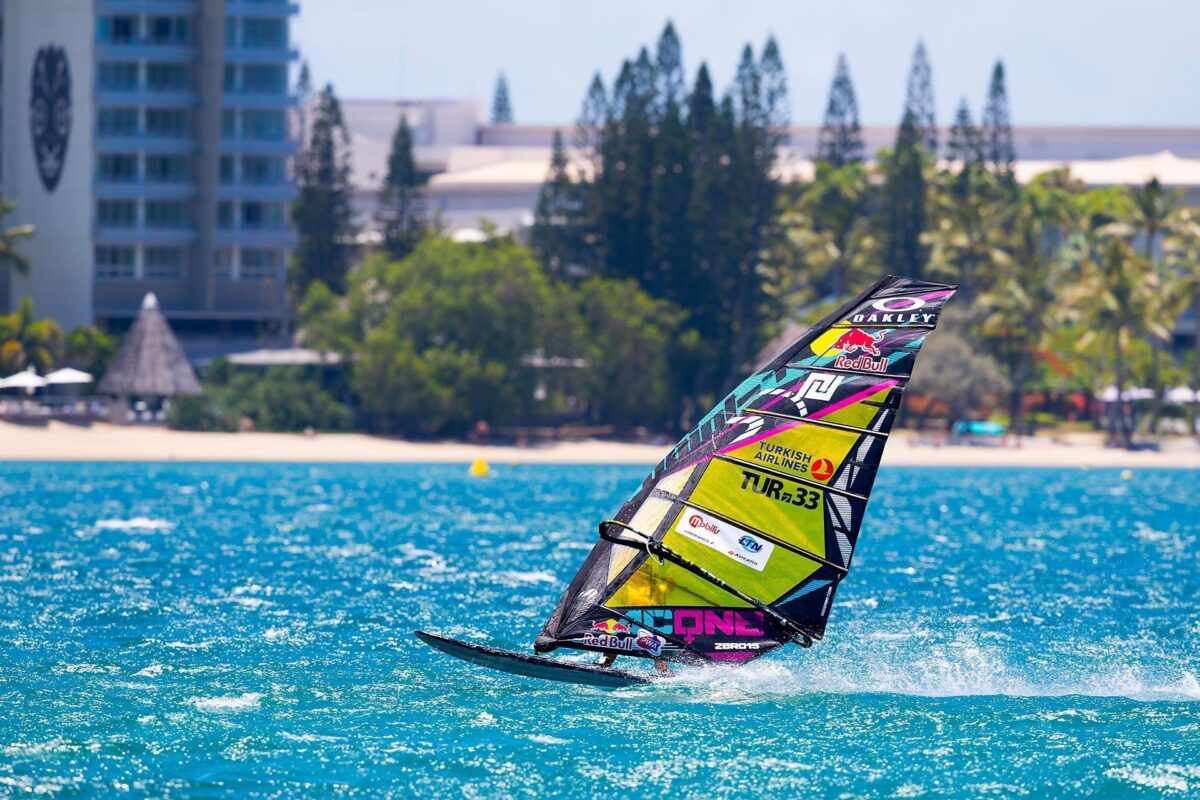 Tell us about your best result from 2016 and were you satisfied?
I was more then stoked to win our first event in Korea!! It was so epic to finally win my first ever PWA event! Its something i have been dreaming of and working for for a long time, its amazing when in the end all comes together and you get to take that top spot on the podium ! In denmark I was stoked to win one of the races we did unfortunately i messed up completely in the other one which ultimately meant that I lost out on overall first place by the smallest of margins!! It was super exciting to get to close to first overall and finish the season with second place in never disappointing either! The girls racing is super tough a lot of girls work a lot and the level is always rising I am super happy to be a part of this ‘evolution’ and am stoked to keep pushing the bar every year.

What will be your goal for 2017, and how will you work to achieve the goal.
My goal is the same I want to be world champion, win events and just generally be the best I can be. That means a lot of work in and out of the water I work with a good mix of gym, technical and on the water training i have been getting really good results from this combo so I will stick with this formula. Till february I will be wavesailing mainly I love this discipline and was stoked to make another secret goal of mine come true in 2016 and compete on the Aloha Classic in Maui, my first ever wave event. I don’t think i will add many wave events to my competition calendar next year, but i love wavesailing and think it really helps my slalom sailing aswell.

Do you have any other projects you will be working on for 2017 apart from competing or windsurfing?
All projects currently top secret 😉

What would you like to see in the windsurfing sport for 2017?
More events for the girls!!! And generally always more girls getting involved, we have great numbers and level of participation at the moment, but we miss events! I hope we will have at least 4 events in 2017! In general i would also like to see windsurfing competitions getting televised. with all the new angles that drown shots offer and the general evolution of filming technique windsurfing is such an amazing sport also to watch I would love more people to know about it!