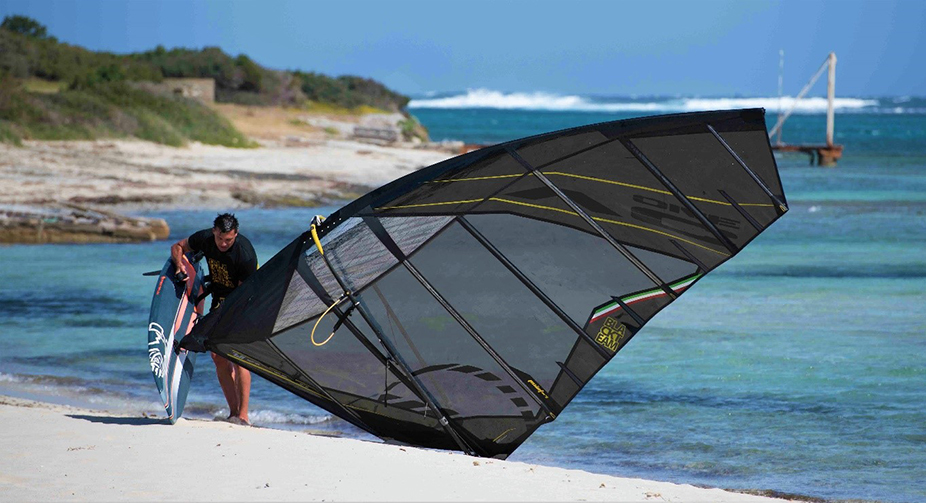 One of our main goals in Point-7 had always been to bring our racing sail to become Pwa world champion in slalom.  Our goal was also not to do it by paying one of the best riders in the world, but to do it with some young talent to climb up together the ranking of the Pwa. 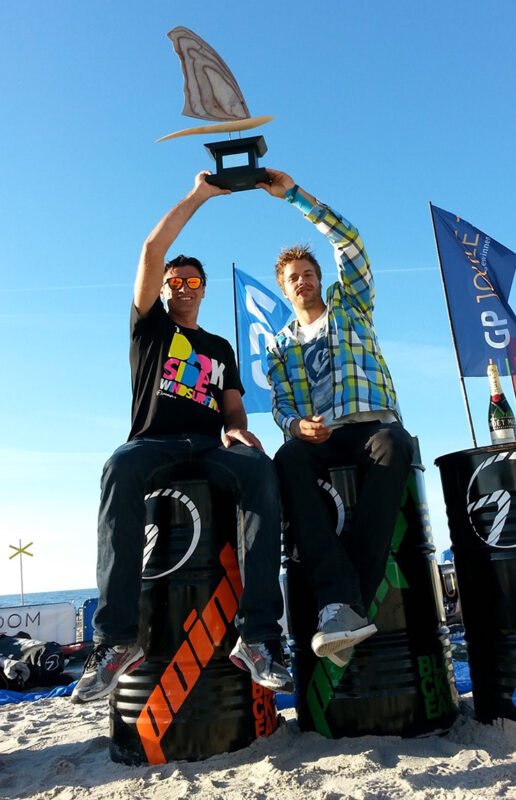 In 2013, after 6years on the market, we went very close thanks to Alberto Menegatti, who that year jumped from 14th in the ranking to being Vice world champion.

It was  great success for him and our brand, as he had even won events that year, and it was the first time after over a decade that there was a new brand and rider on the podium.

3 years from there, we tried again with Matteo Iachino. We had put a lot of energy in the team to get ready for the season, and in 2016 the mission was accomplished.

In Italy racing is art and in windsurfing we do follow this statement. Our brand name, Point-7, is the score of the winner in racing. 0.7 points. A high number of our company is based on a team of people who have done racing and is still racing. Even our boss is still racing himself, and therefore we push the limit the development to give the best performance to each detail, without any marketing accessory. It needs to have the best components possible. Even if choosing one our most freeride sail, you will be able to feel that the sail has the extra boost. The most used comment on our sail by the magazines is that they are the fastest sails, and as the wind increases the sail just gets more comfortable. Isn’t that what you mainly look for when you are out there with friends blasting around? 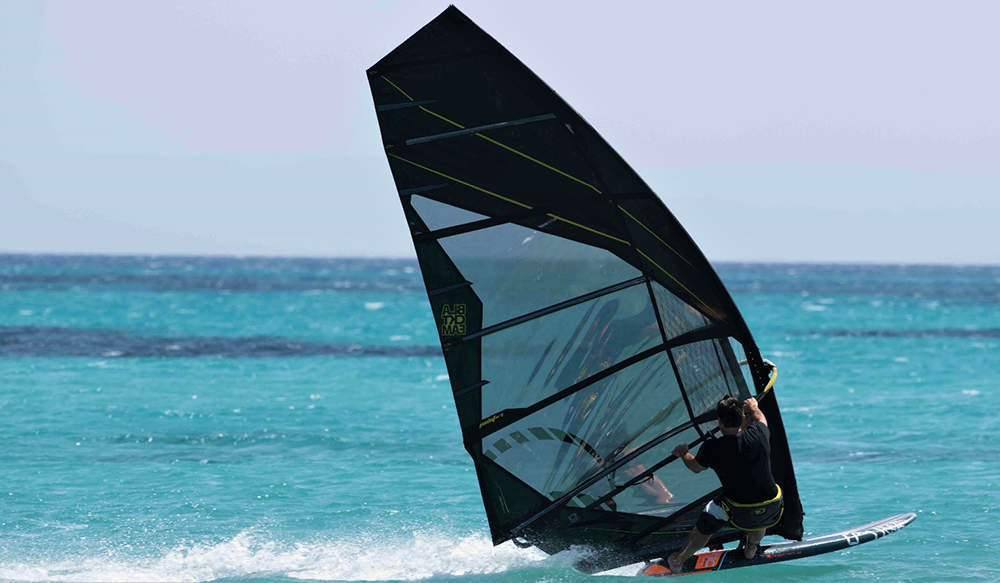 Downforce! Softness and stability! This must be the main characteristics for our racing sail.

In 2019, the AC-ONE was the first version from the 3cams and 7battens in history. From the 8 batten and 4 cams, the 3-cam edition, had a smoother and lighter cam rotation. A softer feeling from the foil gave the  extra power in light winds, increasing up to 20% performance from the previous years. The transition from lighter winds to stronger gusts, had become much smoother, allowing to keep the same stance and body position no matter the wind intensity donating more control, more instant and easy acceleration, no loss of board control. Simply easier and faster! When you get to such a good result, it is not easy to work than into more details, unless you start exploring the product into the first slalom events, and after having used the sail for longer hours. So, you know that the second generation of any new product, can be absolutely another step ahead.

Our goal in 2020 became to increase the speed in crosswind, the boost after flipping the sail in the jibe, and reactivity in the pumping. Our profile was already what we wanted, and we knew it was just a question to bring the leach to be more reactive and increase its power and tension. It took quite a lot of testing for calibrating to each size this development as it was about reducing the lose leach in different areas by a total of 11 to 15mm. 3mm is already making a difference that can be felt on the water easily. Reducing the lose leach it could risk to slow down the speed, and this is all what the game was about. Increasing its power without reducing the final speed. 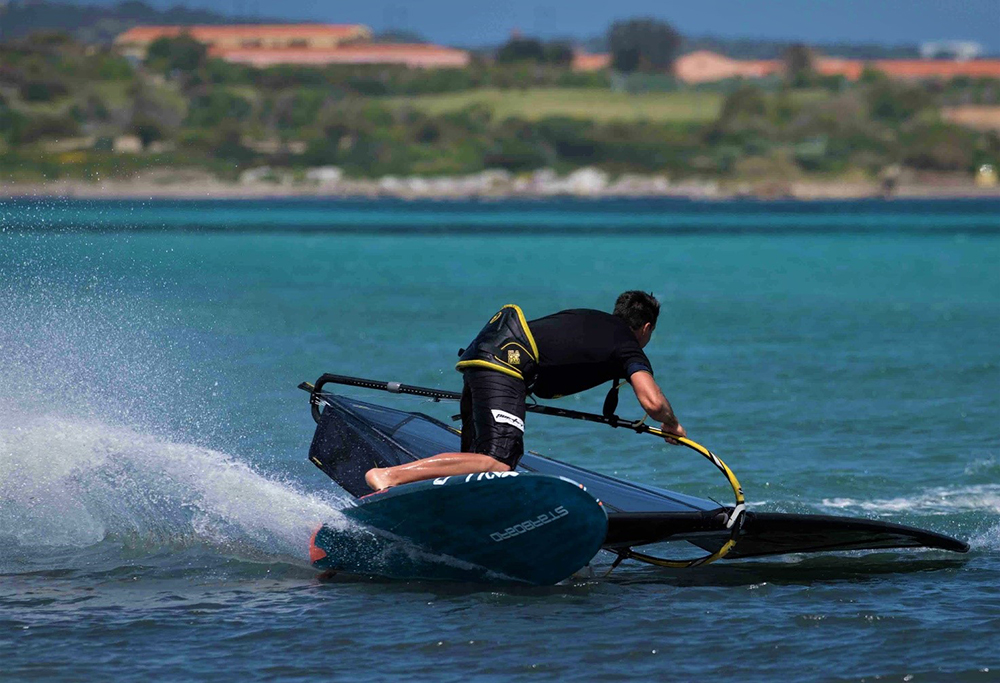 The big boost we were looking was found just a couple of weeks before deadline for production. The sail did get that extra comfortable more balanced feeling from the extra leach tension, translating into less pumping to get planning, higher speed in lighter side cross wind, more stability for the board to go over the chop, and less loss of speed when pointing, which is one of the very important characteristic both board and sail need to have, to be able to out point others to get clean air.

In addition, the sizes 5.0, 5.6 and 6.2 have been adapted to use our rdm masts. Softer feeling in stronger wind, faster rotation. This way no need to have also a 400 or 370 SDM mast, but you can directly use the mast that are also than used on your wave set.

For those who have the first edition of the 3cam and 7battens, will straight away feel the work done on it on the 2020 model. For those who had still the 8battens and 4cams, be ready to hit easily more than a couple of knots more.

….and on top of all of these…it’s a Black Beauty. 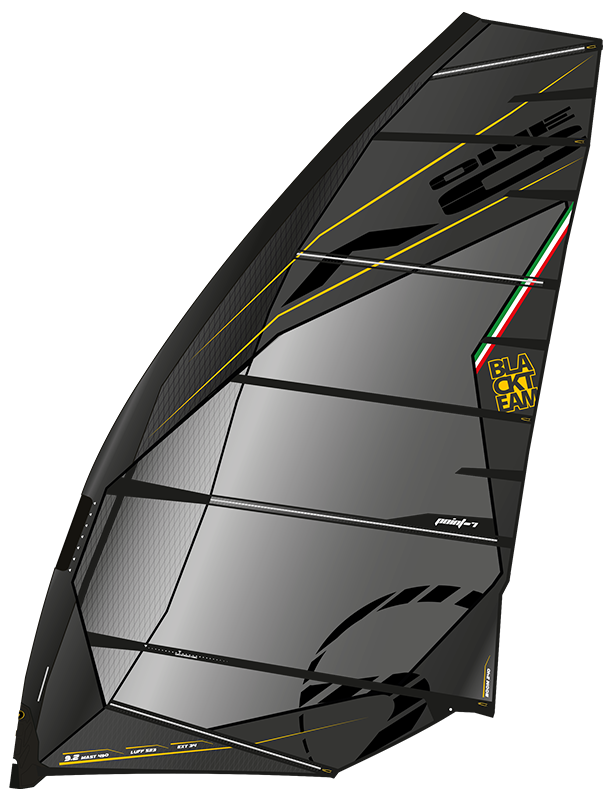